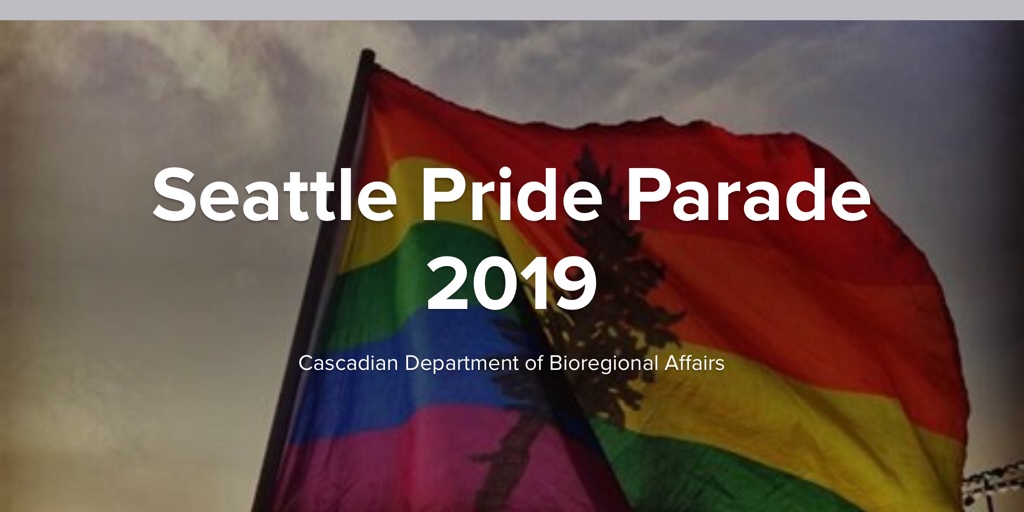 1969: As the crown of a decade of change and upheaval, 1969 brought the faultlines that divide us and define us into sharp focus. Largely lost in the press were the names and stories of some of the heros who fearlessly stood up, demanding their rights and equality.

Marsha P. Johnson was one such person. A well known performer in the gay NYC scene of the 60’s, she frequented The Stonewall In, one of the few bars that allowed trans folx, cross-dressers & drag queens inside.

Sylvia Riviera was another well known trans woman with an activist bent. They were both at The Stonewall the night of June 28th 1969 when a police raid instigated a riot that would evolve into the Gay Liberation Front, and the modern LGBTQ2I+ movement still rolling across the world today. According to many there that night, Marsha and Sylvia were the heros who lead the resistance, throwing the first brick, and breaking centuries of silent suffering.

To commemorate and memorialize these two Queens of Queer Liberation. The Cascadian Department of Bioregion determined to develop a project to magnify the legacy of these groundbreaking women. We devised a plan to paint two 20 foot long murals to mount on the sides of the Cascadia Bus to display in the Pride Parade. Our theme was Pride with Purpose, a recognition that in celebrating the liberties we now enjoy, we must remain aware and respectful of our past.

In order to include the community in this project, a core group of artists outlined the design in sharpie on primed canvases, and then put color swatches in each shape, creating a massive paint my number mural. Over 30 people contributed at paint parties over the course of three weeks at the Funkworks Arts Collective in Ballard, Seattle.

As the parade drew near, Cascadians assembled in parks to rehearse and prepare for the celebration ahead. 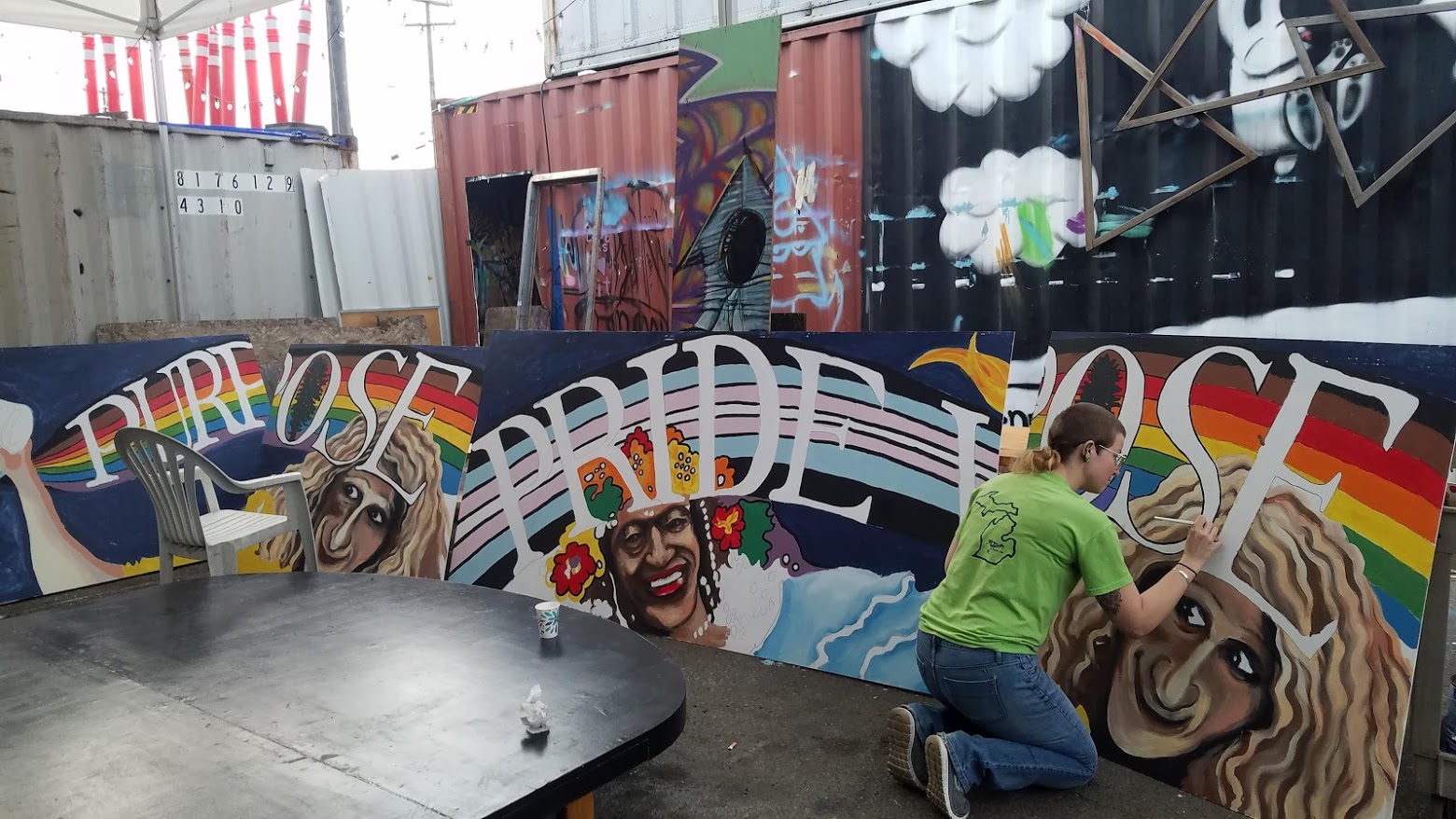 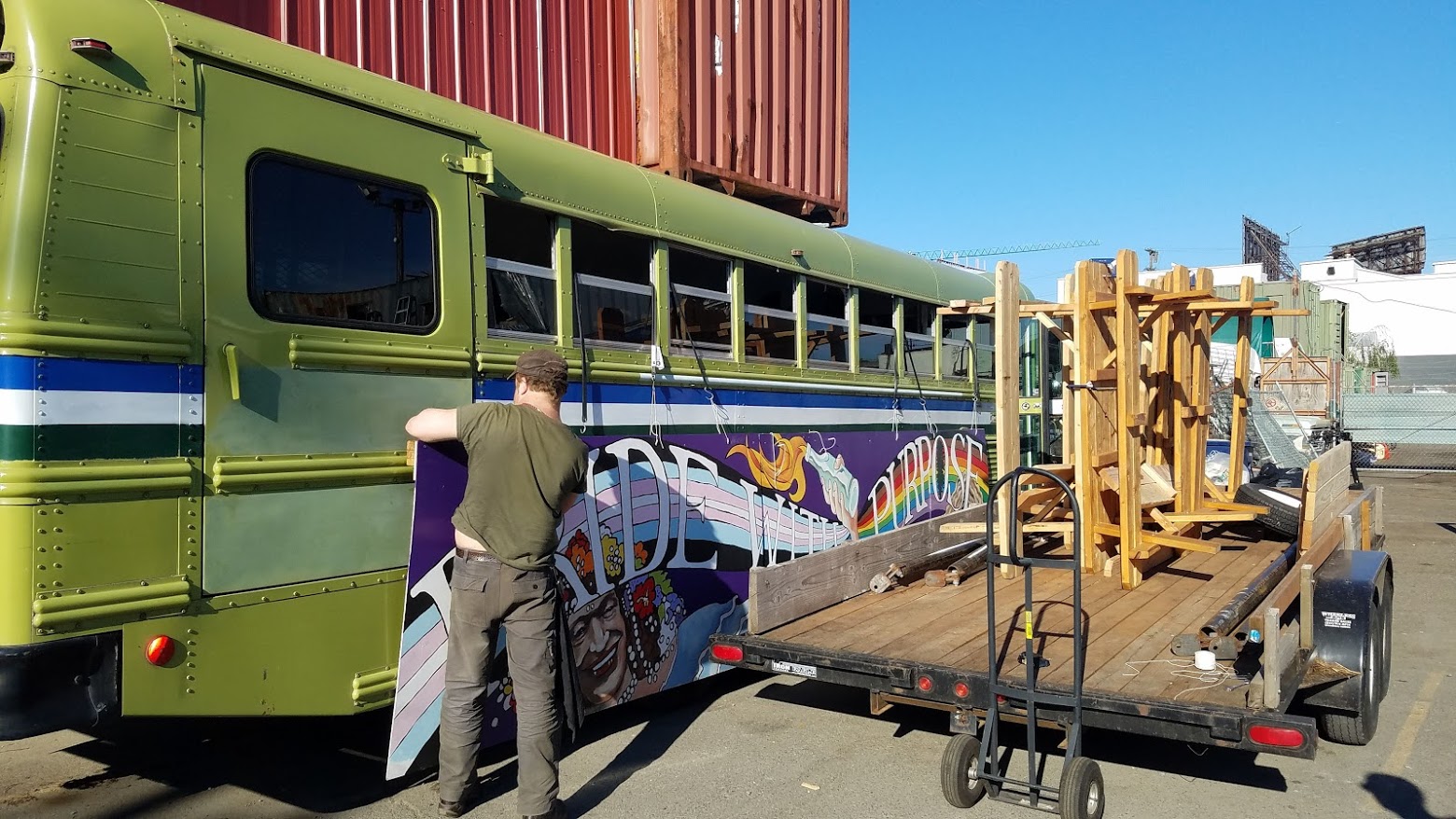 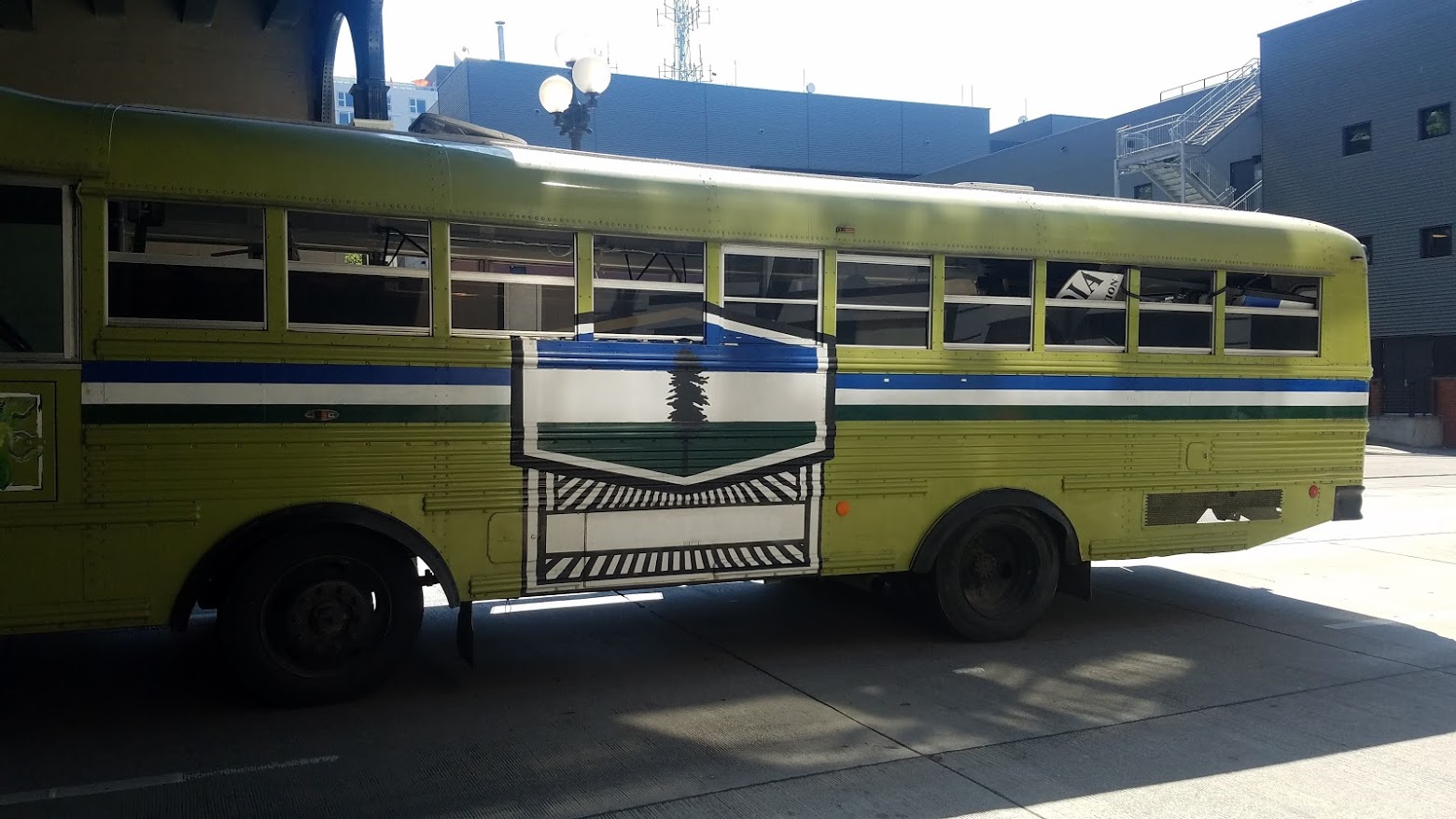 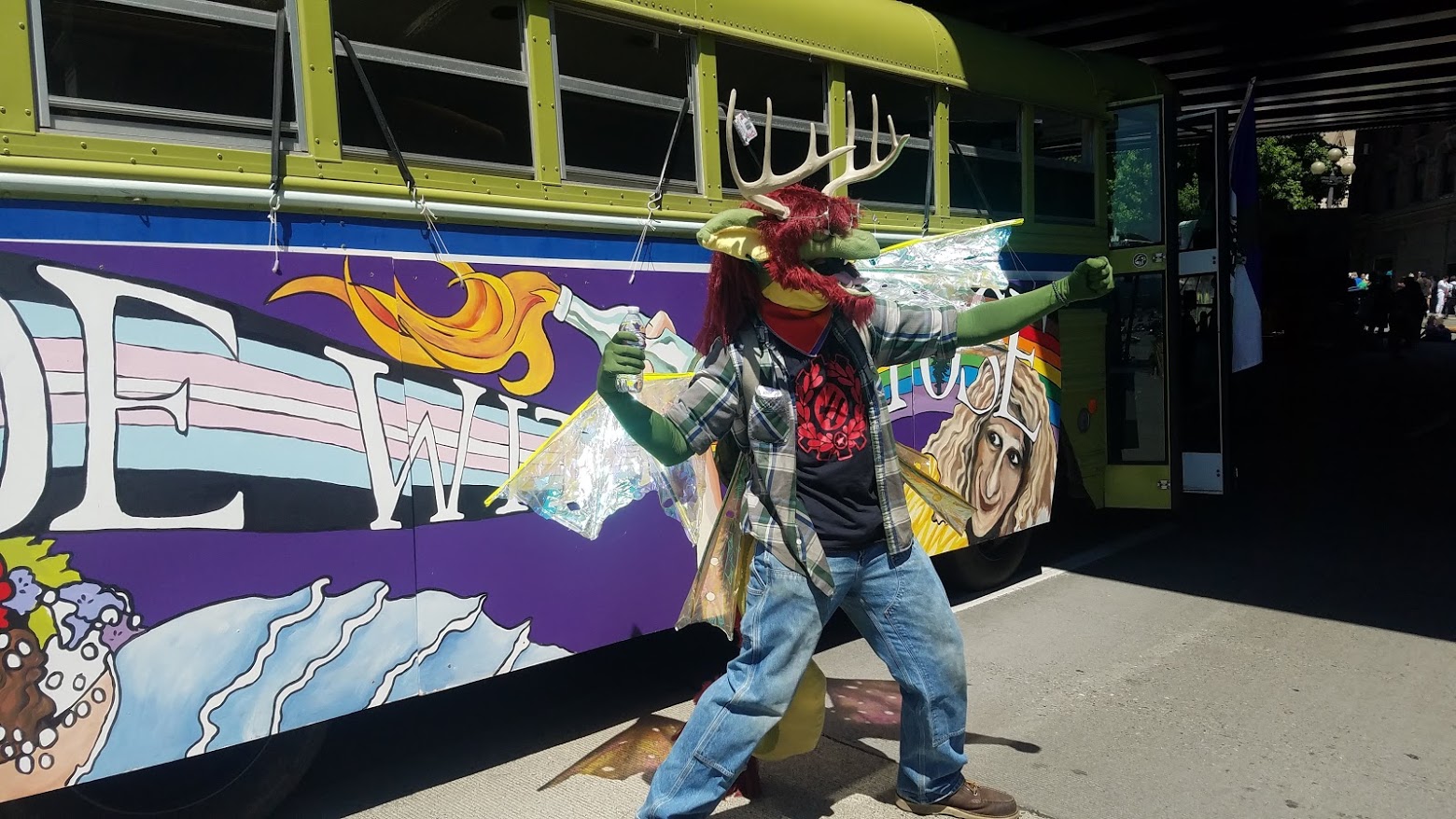 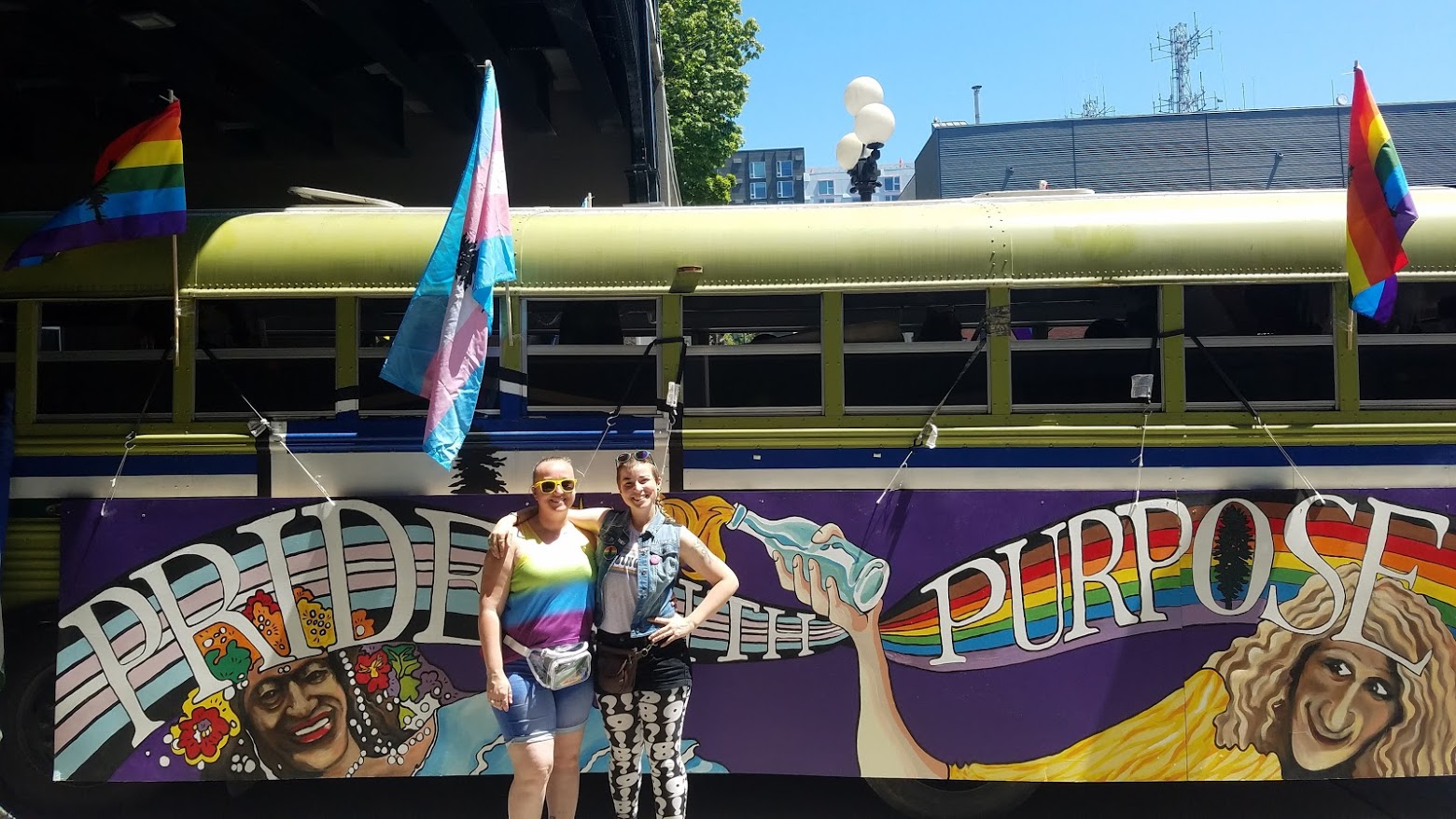 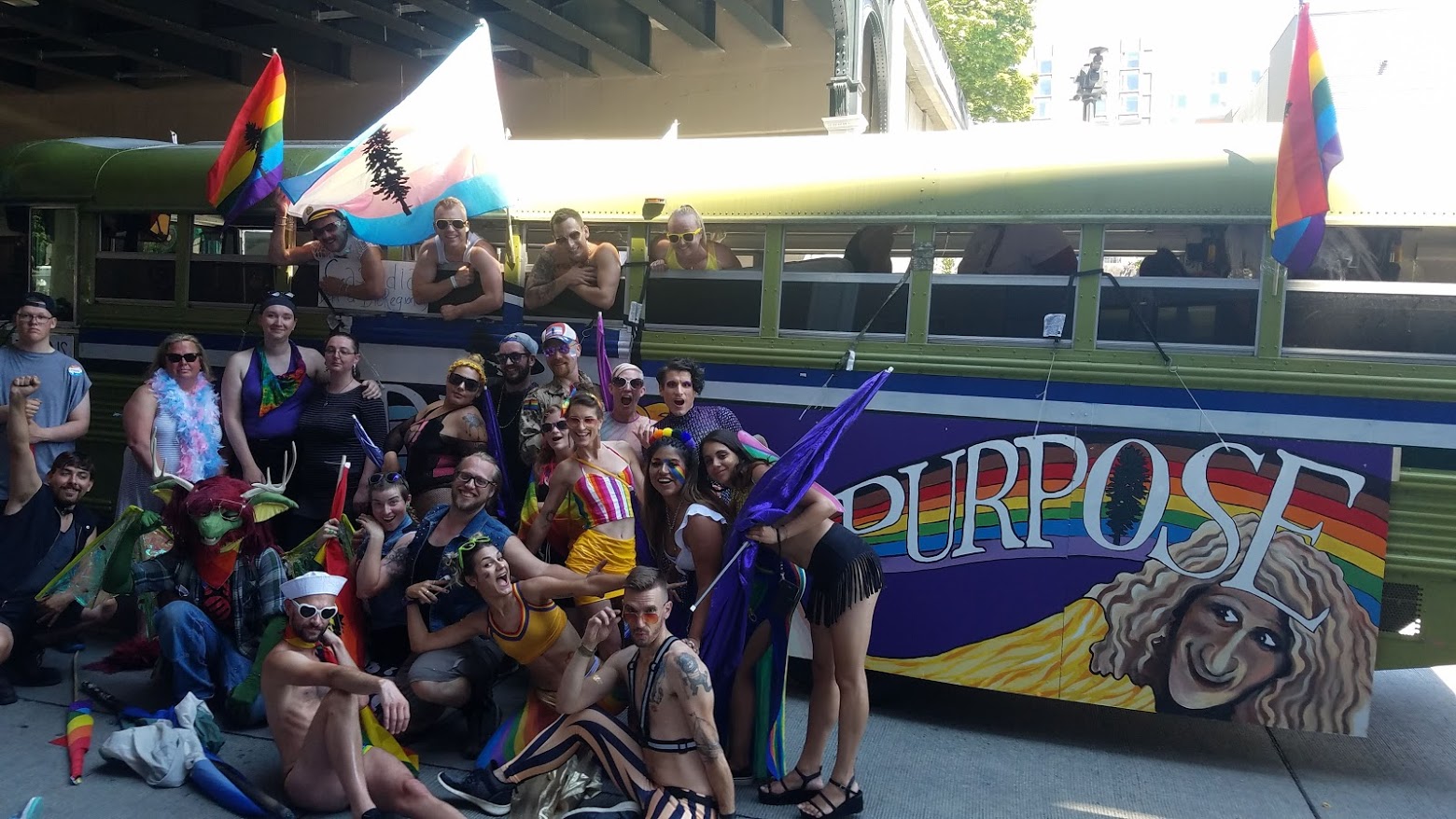 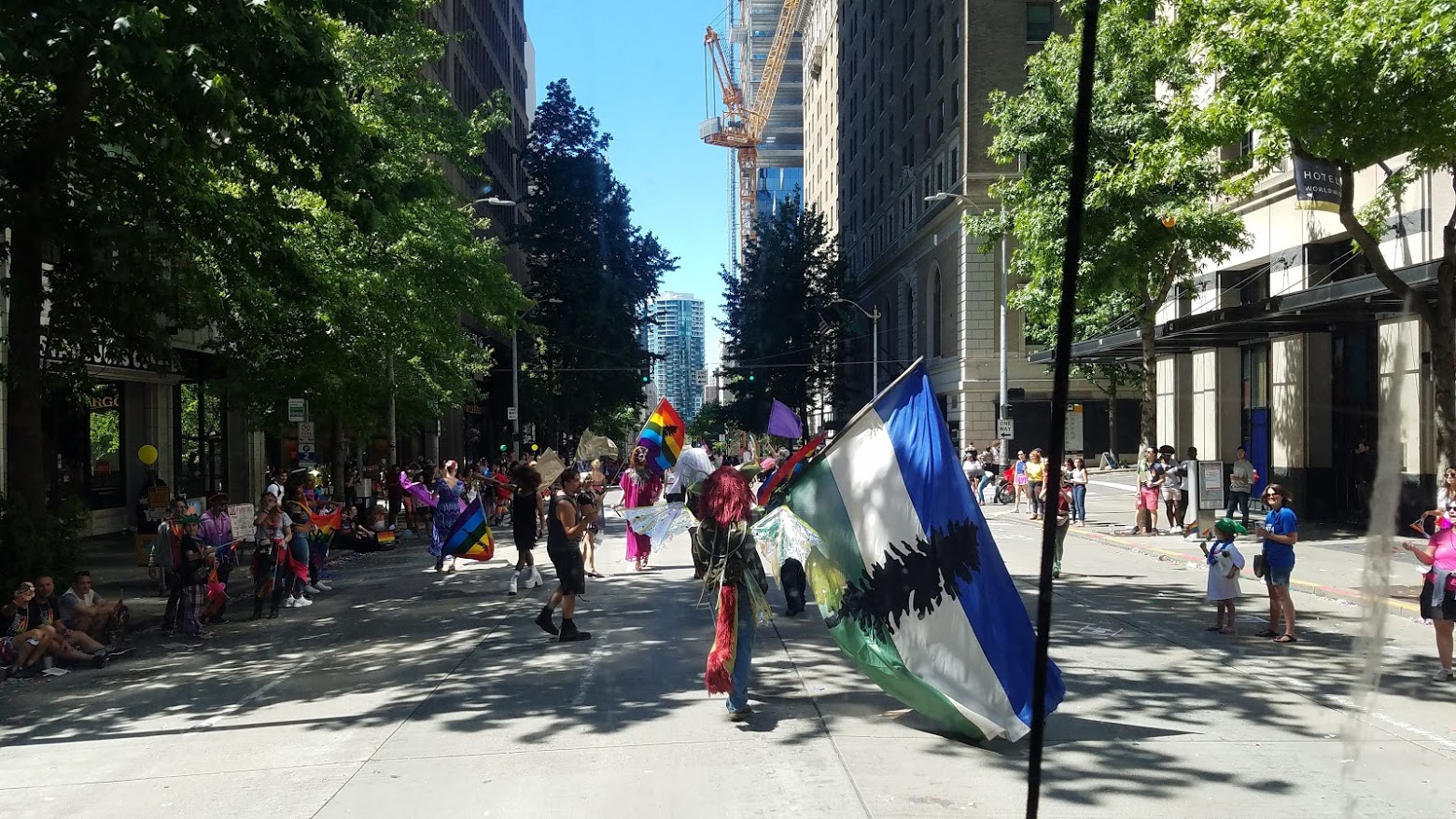 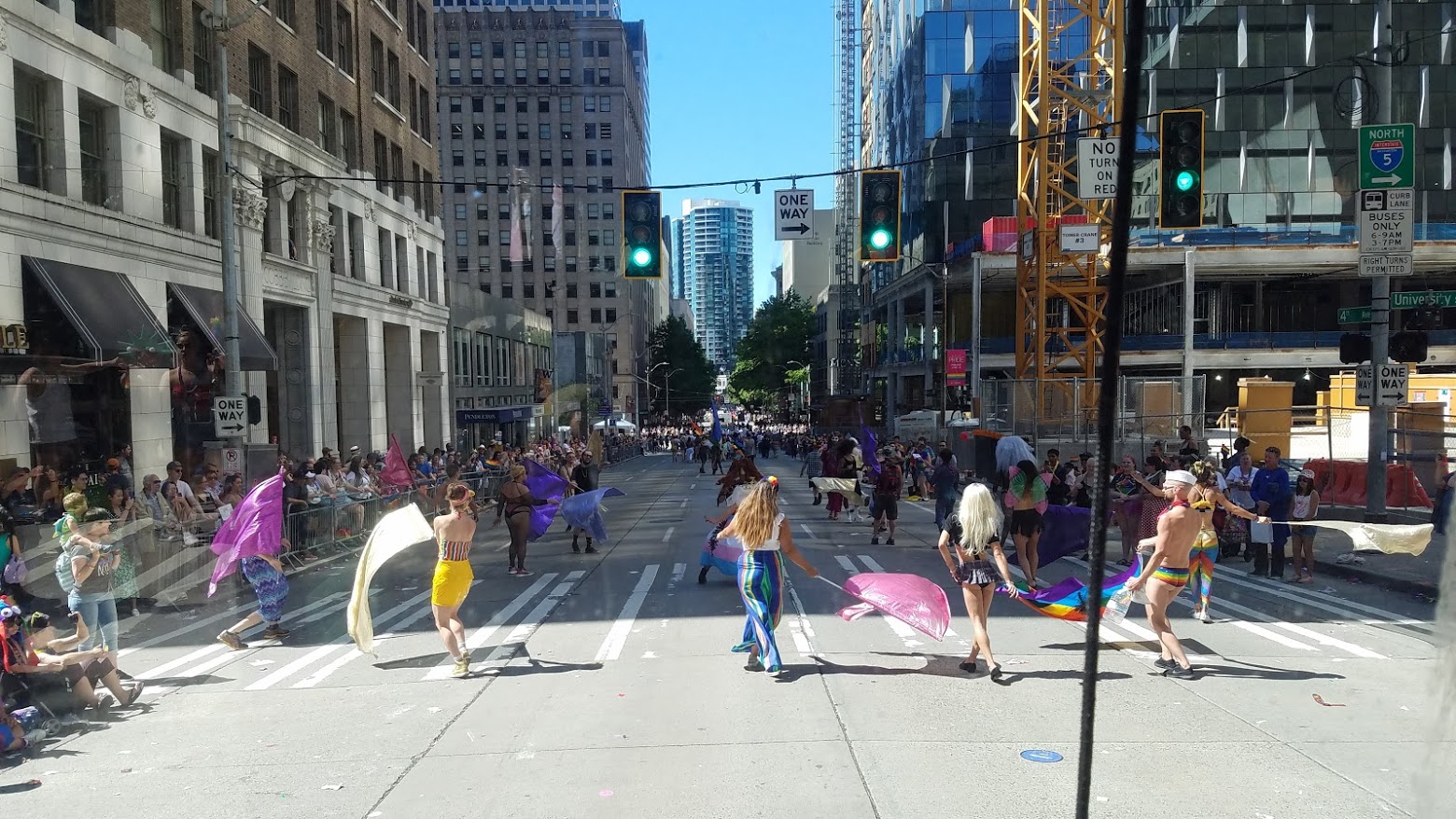 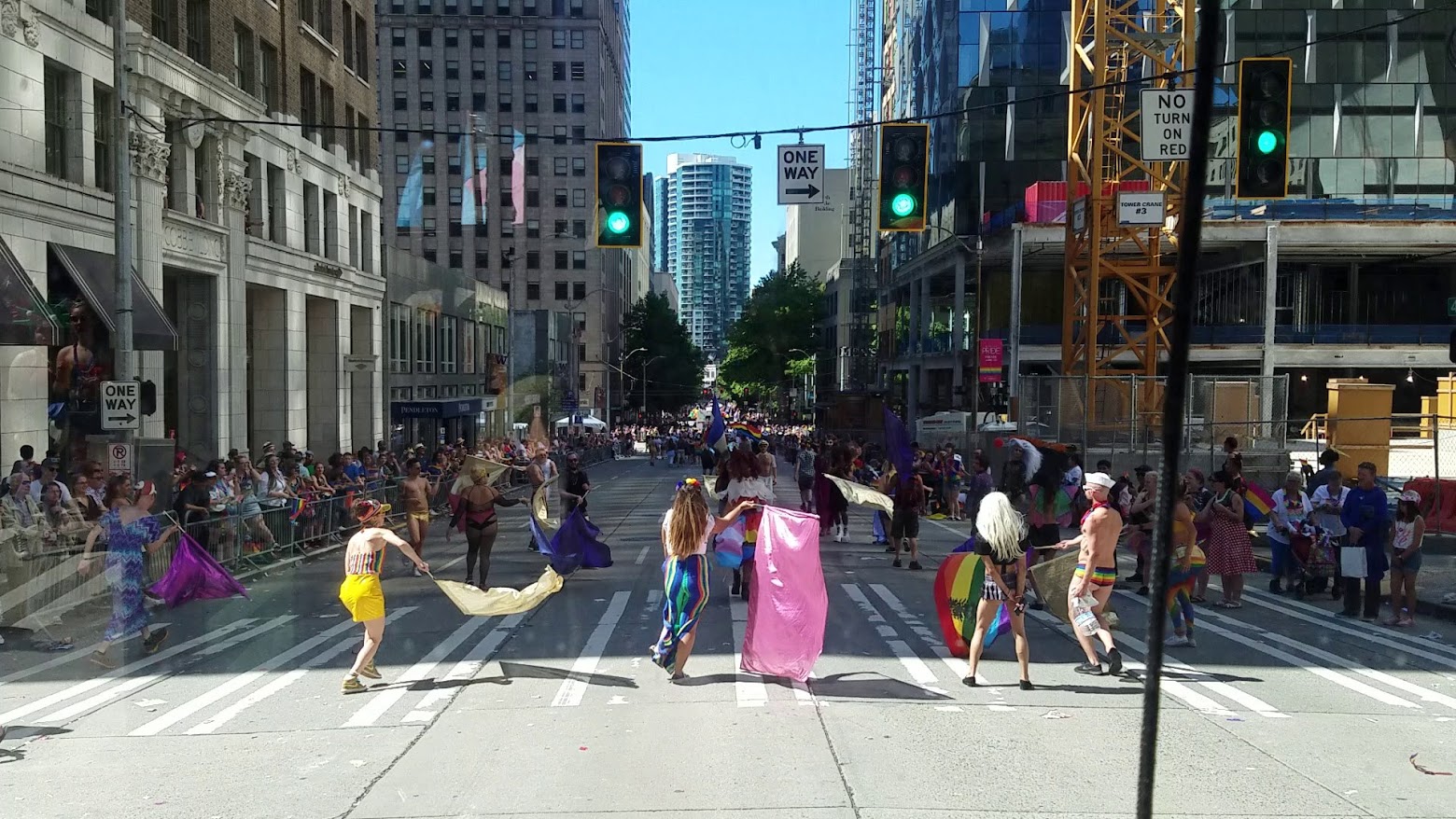 The Parade: 50 years after that watershed day of the Stonewall riots, Cascadians assembled at the Seattle Pride parade route and hung the completed murals on the sides of the Cascadia Bus. We extended an open invitation to all to join us in commemorating half a century of the LGBTQ2I+ movement. Wonderfully, many new faces joined us before the parade began..

Dozens of participants assembled in vibrant costumes, ready to take Cascadian Pride to the streets.

Lead by our Flagbearer Roadie the Dragon, we proceeded down 4th Avenue. With sparkly flags, our choreographed color guard The Peacocks danced to the Tina Turner hit “Proud Mary”, a major hit of 1969.

While the Latinx drag queens of Íntim@ Cabaret performed their magic for the assembled crowd.

An enthusiastic Thank You to all of the individuals who helped us at every stage of this project. Your work, creativity and fabulosity made this the best and biggest Pride celebration we’ve ever had.

Your ticket for the: 2019: Pride with Purpose – Event Recap