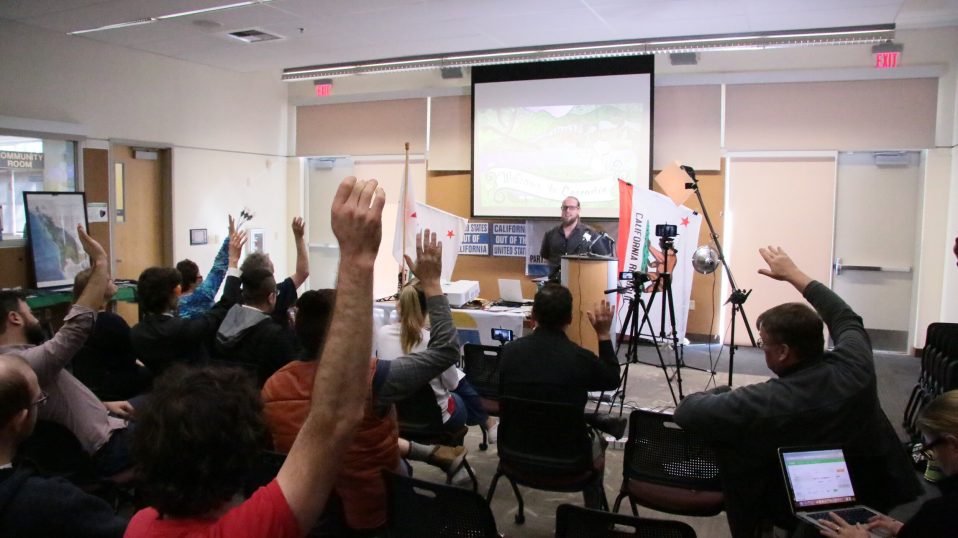 Brandon Letsinger, long-time Cascadian community leader and diplomat for the Department of Bioregion, was invited to speak about the Cascadia movement at the California Unity Conference in Sacramento, CA on Sunday February 3rd.

Brandon spoke for 30 mins about what makes Cascadia a unique social, cultural and political movement and on how we are rooted in bioregionalism, a philosophy stemming from a love and responsibility for the naturally-defined region in which we live.

As Cascadians, we were proud to represent our bioregion and introduce bioregionalism to the Californians we met today. Most had heard of Cascadia and were familiar with our beloved Doug flag, but bringing bioregionalism as a concept into the conversation brought a new and unique element of the conference. We were met with a lot of excitement and the Californians, though they love their arbitrary state borderline, agree that bioregionalism just makes sense!

For now, we’ve agreed to shelf the discussion of whether the part of Northern California that falls within Cascadia’s borders should be with an independent California nation or with Cascadia. We say let the people decide – or why not a dual citizenship zone?

Your ticket for the: Cascadia represents bioregionalism at California Unity Conference