Your Chinook Wawa Word of the Day: Kalakala 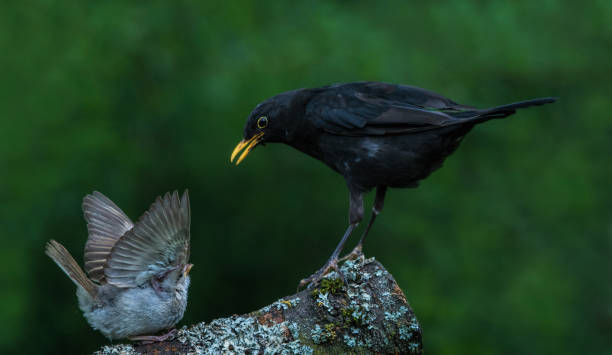 Meaning: Bird; a fowl; goose; a flock of birds; a winged insect; a wing.

Origin: Chinook i-ku-la-ku-lu ‘(male) goose’; i-k’lak’la ‘(male) geese’; ultimately derived from  a Chinookan verbal stem -ka or -ga ‘to fly’; -galal ‘flying’ , said to be an imitation of the notes of a wild goose when flying, hence flying bird. There may be an etymological link between this and the Chinook Wawa word kwalal-kwalal ‘gallop’, in the sense of a horse “flying” at full gallop.

‘Kalakala’, or occasionally, ‘kullakala’ and even ‘kgalakgala’, is the Chinook Wawa word for ‘bird’ which forms the bases for many species of birds, such “tenas kalakala” (sparrow; swallow; lark), “illahee kalakala” (quail), and “kwass kalakala” (pidgeon), as well as things related to birds, such as “kalakala house” (bird’s nest) and “kalakala tupso” (feather; down), “kalakala yaka tupso” (quill; the wings of a bird), and “sing kahkwa kalakala” (bird-song; warble). The term “lapeep kullakala” (pipe bird) was given to a variety of raptors, whose feathers were often used as to ornament smoking pipe-stems, and the word  forms the base of the Chinook Wawa word “kalakalahma” (goose). It’s even used to describe flying animals that aren’t birds, such as “polaklie kalakala” (bat). Flies were also sometimes referred to as “tenas kalakala”, though the french loan-word “lemosh” was often used to avoid confusion.

The word also lends its name to the Motor Vessel Kalakala, a car and passenger ferry which plied the waters between Port Angeles and Victoria from 1935 until her retirement in 1967. The first commercial vessel to ever be equipped with radar to help guide it through fog and at night, the MV Kalakala was also notable for her unique streamlined superstructure, art deco styling, and luxurious amenities.

The vessel was a popular attraction for locals and tourists, and was voted second only to the Space Needle in popularity among visitors to Seattle during the 1962 Seattle World’s Fair. The ferry was even immortalized in the 1951 song “Black Ball Ferry Line” performed by Bing Crosby and the Andrews Sisters.

In 1967, Kalakala was retired from service and moved to the Washington State Ferries repair facility at Eagle Harbour. A year later she was sold to a seafood processing company and towed to Alaska to work as a crab cannery at Ouzinkie, Alaska. Later the Kalakala was beached in Kodiak in 1970 and used to process shrimp.

On January 4, 2015 owner Karl Anderson announced that the Kalakala would be dismantled for scrap metal, and eighteen days later the Kalakala was towed to a Tacoma dry dock and scrapping began immediately. By the first week of February scrapping was completed with only a few pieces such as windows, pilot house, and the rudder saved and sold as souvenirs.

Your ticket for the: Your Chinook Wawa Word of the Day: Kalakala

Your Chinook Wawa Word of the Day: Kalakala