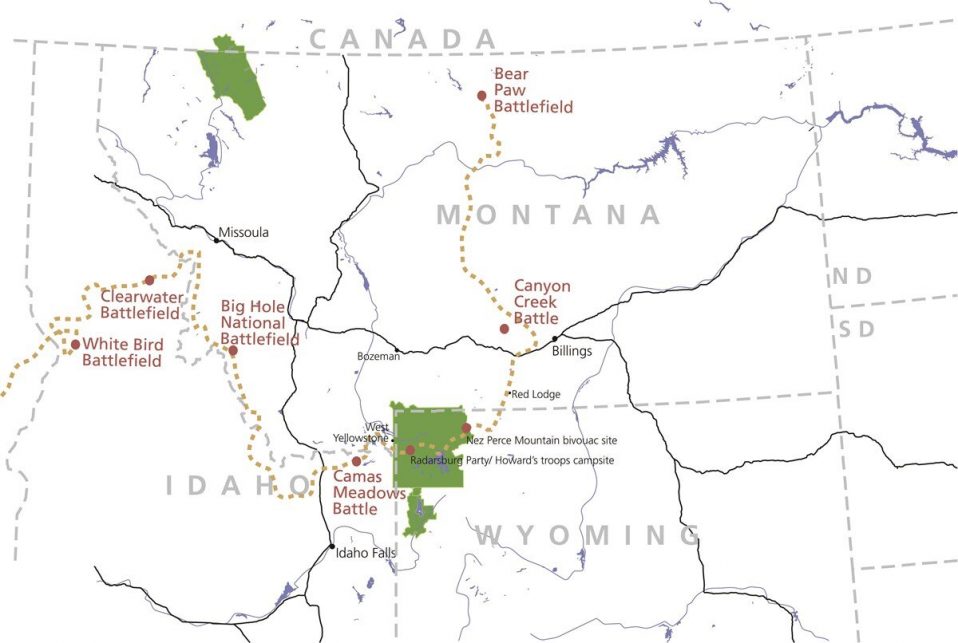 The Nez Percé language, or Niimi’ipuutímt, is a Sahaptian language related to the several dialects of Sahaptin. Nez Perce comes from the French phrase nez percé, “pierced nose”; however, Nez Perce, who call themselves Nimipu, meaning “the people”, did not pierce their noses. This misnomer may have occurred as a result of confusion on the part of the French, as it was surrounding tribes who did so.

The Sahaptian sub-family is one of the branches of the Plateau Penutian family (which, in turn, may be related to a larger Penutian grouping). It is spoken by the Nez Perce people of the Northwestern United States.

Nez Perce is a highly endangered language. While sources differ on the exact number of fluent speakers, it is almost definitely under 100. The Nez Perce tribe is endeavoring to reintroduce the language into native usage through a language revitalization program, but (as of 2015) the future of the Nez Perce language is far from assured

As in many other indigenous languages of the Americas, a Nez Percé verb can have the meaning of an entire sentence in English. (This manner of providing a great deal of information in one word is called polysynthesis.) Verbal affixes provide information about the person and number of the subject and object, as well as tense and aspect (e.g. whether or not an action has been completed).

translation: ‘I go to scoop him up in the fire’

translation: ‘He arrived in the rain’

In Nez Perce, the subject of a sentence, and the object when there is one, can each be marked for grammatical case, an affix that shows the function of the word (compare to English he vs. him vs. his). Nez Perce employs a three-way case-marking strategy: a transitive subject, a transitive object, and an intransitive subject are each marked differently. Nez Perce is thus an example of the very rare type of tripartite languages (see morphosyntactic alignment).

Because of this case marking, the word order can be quite free. A specific word order tells the hearer what is new information (focus) versus old information (topic), but it does not mark the subject and the object (in English, word order is fixed — subject–verb–object).

This system of marking allows for flexible word order in Nez Perce:

Your ticket for the: The Sound of the Nez Percé language / Niimi’ipuutímt (Numbers, Greetings &amp; Story)